No additional updates are anticipated this evening.  We will provide updates via this blog and our twitter account if anything breaks over night.

Early tomorrow we will share information regarding a morning briefing time and location.
Posted by Jeffco Sheriff at 9:20 PM

The Blue Bell Fire began as a very hazardous fire.  The flame lengths were observed to be 'very high' and caused a number of spot fires.  The spot fires were as much as a 1/2 mile in front of the head of the fire.  Spot fires are very dangerous because they can cause responders and residents to be trapped between the initial fire and the new spot fires.  Additional observed fire behavior included numerous torching. Torching is when a tree preheats and then ignites completely into flames.  This behavior is an extreme sign of severe fire behavior.  The original evacuation notices were based on these observations.

You can view some photos and videos from the fire here:
https://drive.google.com/folderview?id=0B_3vHjXvTmbCTFI3X1hiVHBQV2c&usp=sharing


Residents are asked to remain vigilant tomorrow and remain ready to evacuate if need be.
Residents who evacuated animals to either the Fairgrounds or Foothills Animal Shelter are encouraged to leave them there overnight.  Residents will be allowed to bring their animals home tonight if they choose to do so.
Posted by Jeffco Sheriff at 8:40 PM

The fire is now approximately 25-35 acres.  The fire is burning on private property about a half mile west of Clear Creek County.  It is also approximately 1 mile from the Arapahoe National Forest.

There is one known structure within the fire perimeter.  Earlier today 100 homes were threatened.  Firefighters made structure protection a priority and as a result no structures have been lost.

A type II helicopter has been actively dropping water on the fire.  A SEAT (Single Engine Air Tanker) made three retardant drops on the fire earlier today.

There is no estimated containment at this time.  The fire, however, is currently laying down.  It is largely burning on a north east aspect which is aiding in the cooling of the fire behavior.

Some residents will be allowed back into the area soon.  Announcements regarding the re-population plan will be announced at the 8:00 PM media briefing.  Detailed information will also be provided via this blog soon.  Please be aware that some residents will not be allowed back into the area at this time.  As always, please use your own discretion and care as you enter the area.  When in doubt, leave.

The following agencies are currently cooperating in the fire fighting effort:

Picture from the Blue Bell Fire 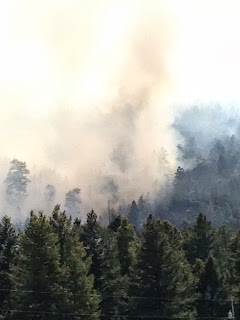 Posted by Jeffco Sheriff at 6:37 PM

Here is the Blue Bell incident map. We will add more detail as it comes available.

At approximately 2:00 PM a fire was reported in the area of  the 33000 block of BlueBell Circle.  The fire was titled the "Bluebell Fire" at 3:20 PM.  As of 4:30 PM the fire was approximately 4 acres in size and was moving in a southwestern direction.  100 homes are currently threatened by the fire but no structures have been lost.

An evacuation shelter has been set up at Conifer High School.

A helicopter is making water drops single engine air tanker (SEAT) is on scene assisting in the fire fighting efforts.

Media staging area will be at the Evergreen Fire Station (was initially reported as Evergreen High School - this has since changed).

For further updates on this incident please follow this blog.  We are also providing updates on Twitter via @jeffcosheriffco

Posted by Jeffco Sheriff at 5:28 PM 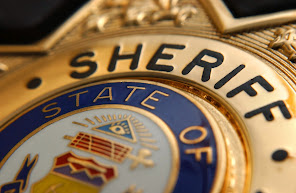 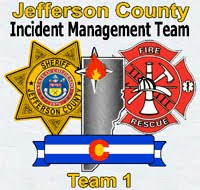